All You Need To Know About BERT

Google frequently updates its algorithms to ensure it’s offering the best service for its users. They usually have a name associated, such as Google Panda or Penguin.

In 2019 we get to say hello to BERT. But what does it stand for? How does this affect search results and what can you do to best optimise for it?

What does BERT stand for?

No, it doesn’t represent a beloved >Sesame Street character, it stands for (wait for it) Bidirectional Encoder Representations from Transformers. Don’t worry, we’re not going to leave it at that!

What this basically refers to is pre-training for its natural language processing. Where it would usually use the first or last word to determine what you’re looking for, it now uses both the first and last words (as well as nuances).

How does BERT affect search results?

In practice this means more of a focus on the ‘in between’ words, such as “to” and “for”. These words are important, as they give context to your search query. Below we’ll look at a key example from Google:

Here you can see the query “can you get medicine for someone pharmacy”, with what would have shown verses what will now show as a search result. 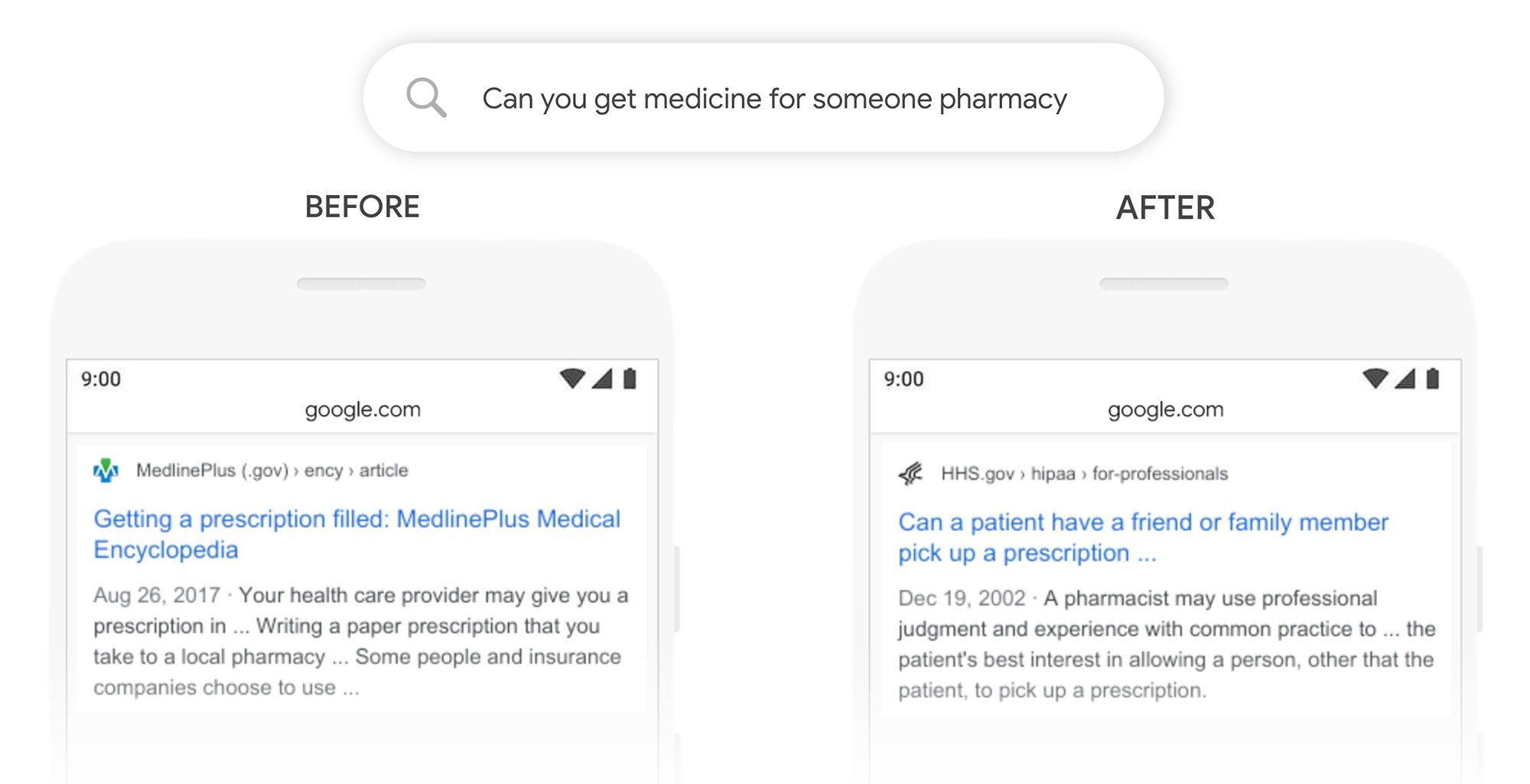 Before, the nuance “for” would have been ignored. It would also focus on “get” and “pharmacy”, plus associated words to figure out what you’re after. As you can see, it determined that the user wanted to “get” something from a “pharmacy”.

With the BERT update, it now looks far closer at the query and presents far more relevant results. It will also better determine a word’s meaning in context with the rest of the query. This is helpful for words with multiple meanings, such as “bark” or “strike”.

In theory, you should see little to no negative impact with this update. The update is there to make results more relevant for users, not make your site less relevant.

The one instance where you may see a negative impact could be with the use of short and snappy keywords. Keywords such as “football shoes Essex”, where the nuance isn’t included, may be seen as less relevant than those that include them.

This, however, is a drop in the ocean in comparison to the positive impacts this update has on search. There are a handful of key takeaways that need to be considered.

What can you do to best optimise your site for BERT? 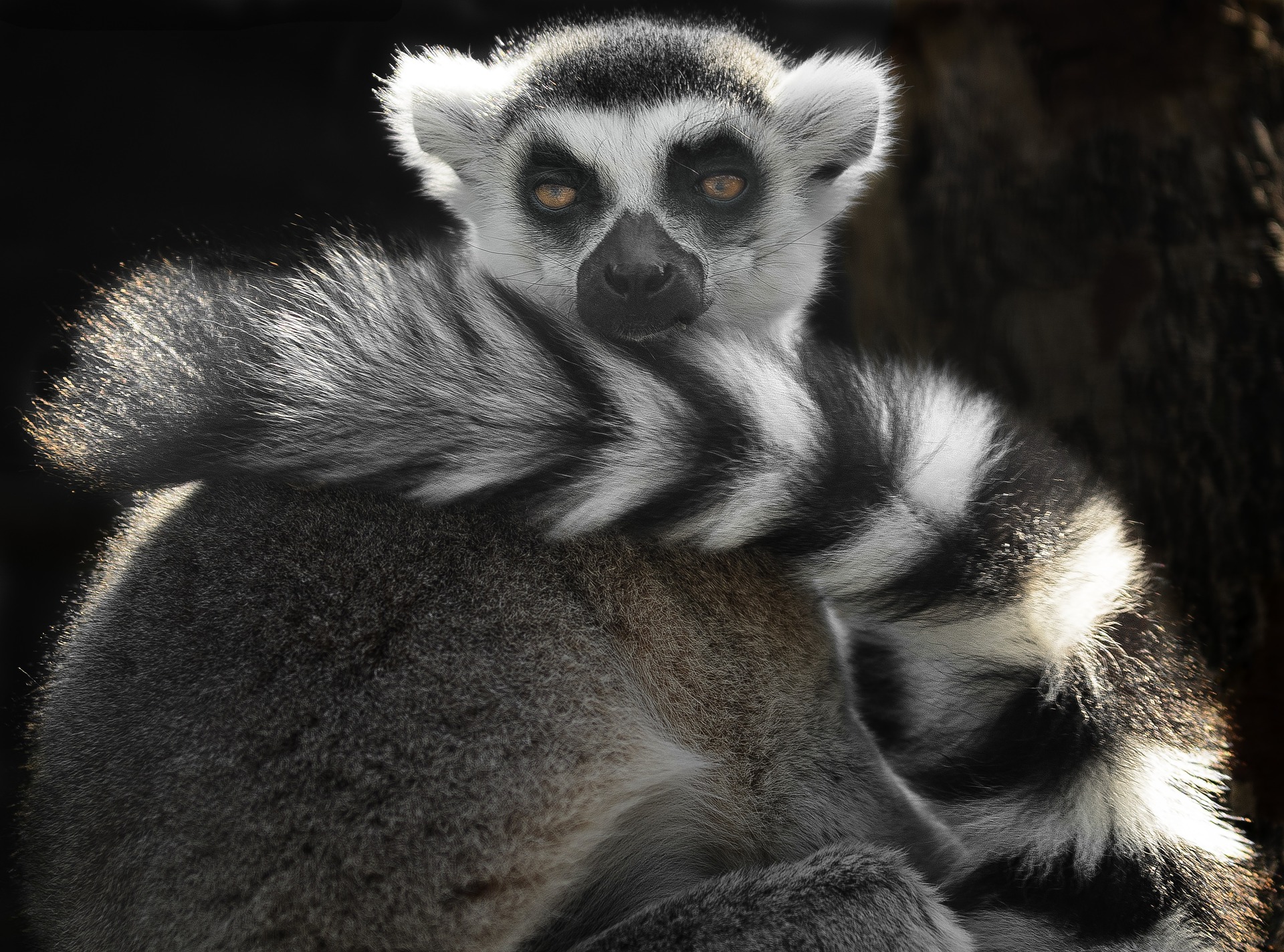 A search query tends to fall under one of 3 categories: informational, navigational and transactional. Informational queries tend to be specific questions, such as “where can I find football shoes?”.

Navigational searches are where a user is asking to be taken to a specific place, such as “nike football shoes”. Transactional, as you may have guessed, are searches where there is an intent to buy from the user, such as “cheap football shoes”.

Informational terms, however, tend to be much longer than that of navigational or transactional terms. This is where questions are being asked, some more detailed than others.

Making use of these terms and answering consumer questions will not only increase your visibility from a ranking perspective, but you’re also more likely to show in featured snippets. This is where your content is shown in a custom element creates by Google. You can see an example of this below: 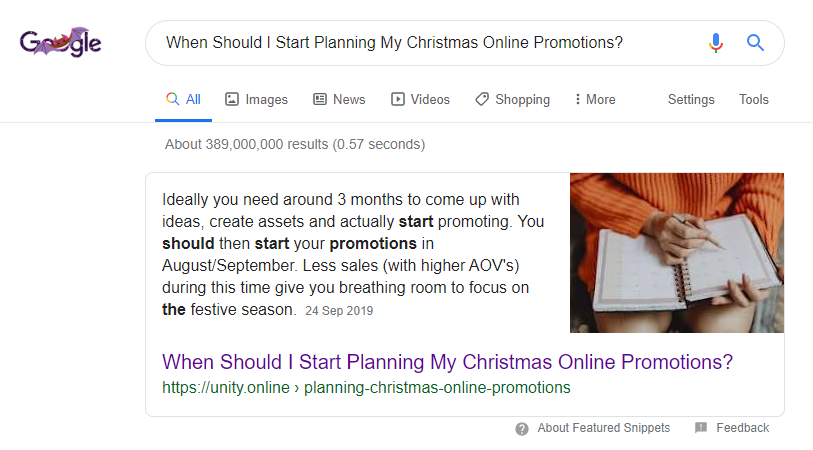 The benefit of appearing in featured snippets is that they tend to be prioritised over organic search results. This means that you appear higher in search, regardless of how well you rank – because you answered the question and were most relevant.

Technical talent acknowledged in February’s Team Member of the Month

Get the results you’ve been looking for under one roof, with our approachable and professional team that leaves no business behind online.